The family of Dr. Lorna Breen, an emergency physician working on the front lines of the pandemic who died of suicide, is working with Congress to introduce legislation that would make it easier for physicians to seek out mental healthcare. At the state level, licensing boards are also reevaluating application questions to not discourage physicians from seeking help.

Dr. Lorna Breen, an emergency physician working on the front lines of the pandemic, died by suicide on April 26. In the wake of her loss, her family and other physicians across the country are pushing for policy changes that would make it easier for physicians to seek out mental healthcare. 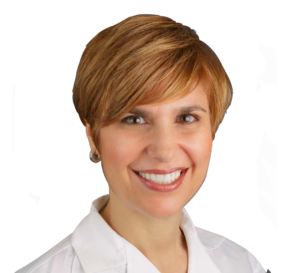 Breen, who was an emergency room director at NewYork-Presbyterian Allen Hospital, was remembered by her family as an avid adventurer, someone who was brilliant, funny and full of life.

On top of her work, she was pursuing an MBA at Cornell. She had learned to play the cello, and would plan ski trips with friends. Sometimes, she would fly to another country to explore while she was studying for her board exams. She and her sister would talk every day, said Corey Feist, Breen’s brother-in-law.

“She was doing exactly what she wanted to be doing her whole life, which was to be an emergency room doctor in New York,” Feist said. “She was really remarkable, and is deeply, deeply missed.”

The Dr. Lorna Breen Health Care Provider Protection Act was reintroduced into the House and Senate in early March. It would fund mental and behavioral health training for healthcare professionals, the expansion of workforce mental health programs, and a campaign to encourage healthier work conditions.

It would also propose a study to understand the impact of Covid-19 on the healthcare workforce.

Before the pandemic, a little over 40% of physicians reported experiencing burnout. Physicians were reported to have higher rates of suicide than the general population. And in the longer-term, even after cases start to fall, many who worked on the front lines will carry the weight of the trauma they’ve experienced.

“We’ve asked them to run this marathon without a finish line,” Feist said. “Without a real societal commitment to take care of this workforce, we will not have this workforce.”

Changing licensing laws
The pandemic hit Allen Hospital hard. At the height of the surge in New York, the 200-bed hospital had as many as 170 patients with Covid-19, according to the New York Times. Breen herself got sick from Covid-19 in March.

“My sister-in-law experienced a volume of death and dying that she had never seen before,” Feist said.

She returned back to the hospital to work. But one night, her sister received a call. After a week of 12-hour shifts, she just couldn’t get out of her chair.

Her family brought her back to Virginia. Breen checked into the psychiatric ward at the University of Virginia Medical Center. Although she had no prior history of mental illness, she worried that she would lose her medical license, her career.

“It’s so culturally embedded,” Feist said. “It takes so much for health care professionals to get to the point of being able to practice. This is a lifetime commitment to get there. So how could you possibly put that at risk?”

Many states still ask on medical license applications whether a physician has had any prior mental health treatment or mental illness. Similar questions also appear in credentialing and privileging forms when physicians apply to work at a hospital, in applications for malpractice insurance, and in some forms from commercial health insurers.

There’s been a push over the last two years to change medical licensure language, but it’s been a slow one, said Dr. Kim Templeton, vice chair of orthopaedic surgery at the University of Kansas Medical Center, who is leading a campaign to change this.

She worked with the Kansas State Board of Healing Arts to change the language on its licensing forms, where physicians only have to answer whether they have a current impairment that is affecting their ability to work. The state also removed language on peer references, where another physician had to sign off that their peer didn’t have any impairing mental or physical health conditions.

“That, to me, is stigmatizing,” she said. “I’m not sure if your colleagues would even know your medical history.”

Alaska’s mental health licensure requirements remain some of the most restrictive. Applicants have to go through a list of 14 different mental health conditions, and indicate if they’ve ever had any of them. On the other end of the spectrum, New York is also one of a handful of states that doesn’t ask any mental health or impairment questions. Mississippi recently changed its licensure requirements so that applicants only have to acknowledge that any illness that would impair their work is being effectively treated.

“Hopefully this will start changing the culture of medicine,” she said.

He also pointed to legislation in Virginia last year that established the SafeHaven program, which lets physicians and physicians’ assistants get peer counseling through the Medical Society of Virginia without having to disclose it to the Virginia Board of Medicine or in a lawsuit. They’re looking to expand it nationwide.

“Those kinds of initiatives are so important. In the past, physicians really have not had a confidential conduit to be able to get treatment,” he said. By the time it’s recognized there’s a problem, it’s sometimes too late.”

He, too, hopes to see a shift in culture about how hospitals talk about mental health.

After speaking out about his sister-in-law’s death, Feist said he began to receive letters from other physicians who realized they needed help, or who had sought mental health care.

“I think there will be pockets like that where people are getting the help that they need,” he said. “ There’s a long way to go, but I think the door is now open and the conversation has started.”

If you are having thoughts of suicide, call the National Suicide Prevention Lifeline at 1-800-273-8255 (TALK).

To support the needs of clinicians struggling with stress, burnout and effects of COVID-19.

To support the needs of clinicians struggling with stress, burnout and the effects of COVID-19, the Medical Society of Virginia (MSV) and VITAL WorkLife are partnering to offer clinicians a comprehensive set of well-being resources they can use without risk to their medical license, SafeHaven™.